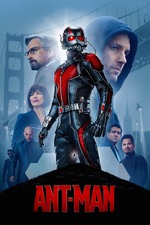 This won’t be a popular opinion but I really do think this is the best of all the Marvel Cinematic Universe’s entries. Not only is it the least encumbered by franchise obligations, but it’s also got the cleverest sense of stakes—the climactic battle on a toy train set is pure genius as a commentary on superheroics just being overblown playtime. It’s also just the most authentically funny of all the movies, the one that relies least on self reflection and self-satisfaction to get its laughs. All of this irreverence for comic book sensibilities gives it a texture that none of its peers has, but the movie also manages a seemingly impossible feat: making a compelling case for Ant-Man as a genuinely effective super-hero. That’s kind of amazing.