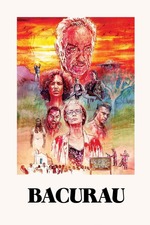 A genre picture so weird and unusual that it seems to reinvent itself as it goes along. It opens as a quaint indie character study, then shifts into a bizarre sci-fi thriller, then twists itself into a strange and bloody neo-western, all with a clear undercurrent of political implication. Along the way it's never anything less than transfixing, even if it does lose the plot a bit on character arcs. By the end, it has chewed through so many different genres, refactoring all of them mercilessly, that it becomes hard to imagine that it won't serve as a fountainhead for a whole new class of genre explorations.