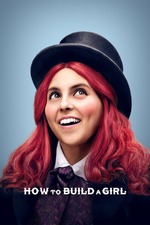 Touches upon a slew of areas that are ripe for exploration: the role of women in the music press; the once high-flying power of British music tabloids; the thickly settled last gasp of rock music. Add Beanie Feldstein to the offering and it sounds like a can't miss.

Unfortunately the outcome is lightweight at best, with plot twists earning little of their dramatic value. The main character shifts unconvincingly from wallflower to debutante to hellion to contrite protagonist merely according to the needs of the script. There’s also a lack of specificity to the milieu that's compounded by the generic, acoustic strumming in the soundtrack. This movie should have felt inarguably like Cool Brittania (or the years directly leading up to that micro-epoch) but it feels like it could've been anytime, anywhere. None of what's on screen would have been very good to begin with, but Feldstein's atrocious accent makes it even harder to bear.