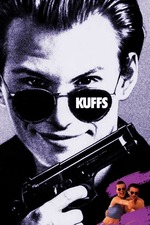 I lived in LA when this movie came out and I remember the billboards promoting it all over town. I never went to see it because even then, when all of its clichés were thirty years younger than they are today, it looked absurdly shallow. Now having finally watched it for the first time, it feels like a time capsule prepared by the least thoughtful representatives that 1992 could find. The movie is just a series of incredibly thin superficialities skimmed from other, better action movies, stitched together by an absolutely mirthless sense of humor, and draped over a remarkably undefined plot. Slater is charming in a grating way, but even if you don’t care for the smarminess of his performance (I did not), he is ill-served by the lackadaisical script, which seems completely disinterested in verisimilitude of any kind. Watching it now makes me embarrassed for the 1990s.