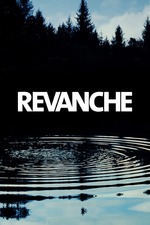 On one level a perverse exercise in subverting audience expectations: a movie explicitly about revenge that puts in its protagonist’s hand a gun that never goes off; a movie that draws its characters into a tight circle of interrelatedness and adultery that never closes; a movie with a supporting character on the verge of death who never dies; a movie that indulges repeatedly in lingering shots of a power saw that ultimately never cuts anything more horrifying than firewood. Basically, almost none of the setup here is paid off before the end credits, though that doesn't alleviate the extreme tension you feel along the way, as you keep expecting to see conventional genre plot twists that never emerge.

And yet, setting aside the clever if shallow conceit of deliberately frustrating movie clichés, on another level this movie is a masterful exploration of human aspiration and the grief that follows the failure of same. The characters live and breathe and suffer in a way that seems to expand beyond the confines of the movie, and their exquisite renderings make the petty clichés of thrillers seem all the more pointless. Why watch a genre film when you can watch humanity instead?