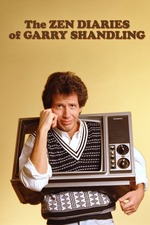 The Zen Diaries of Garry Shandling

At roughly four and a half hours split into two parts, this eulogy for the late, great comedian Garry Shandling might seem imposing and excessive. But in fact its length underscores the limits of most documentaries, which tend to just graze over the depths of their subject matter. In fact, not a minute of “The Zen Diaries of Garry Shandling” feels anything less than essential. For those like me who watched Shandling for years in awe, this film makes us realize not just that we hardly knew him, but that he contained multitudes. Director Judd Apatow, who considered Shandling his “show biz dad,” is true to his mentor’s philosophical imperative to always get to the truth of any moment. It’s an approach that quickly transforms what could have been a run of the mill biographical tribute into an amazing document of human journey, no less. What a wonderful gift Apatow has made, not just for Shandling but for all of us.