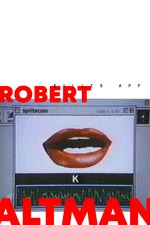 What in the fresh hell did I watch? How did they manage to snag huge names like Stephen Lang, Ming-Na Wen and Jacqueline Obradors when this has the production quality of a rich kid’s home video? Hilariously, this feels like a time capsule or a lost tape.

Almost all the characters in this are as bland as cardboard, all except Ming-Na Wen’s flirtatious roller skating secretary. I could nearly keep up with most of the other characters and who they even were. Also included were some really random characters who show up time to time which add some weird moments to scenes, like people opening champagne in their car.

Clearly this was geared towards some kind of nerdy tech audience, but man was I bored as fuck with everything going on. Some kind of business tech deals, the new guy who’s not a nerd trying to fit in effectively scooping the attention of the hot women in the office and some really weird performance from Stephen Lang as a Steve Jobs tech guru / business douche.

The only reason I can rate it as high as I have was because it was just laughably terrible and dated. There’s a story there but it’s messy and targeted to a very small minority audience. With awful editing, production value, no sustainable entertainment from the script, it’s just like watching a nerd’s Silicon Valley wet dream through the lens of a cheap 90s camera.

Also, what the fuck was with Sally the talking lip program? What was this show even about? I got a few laughs from it but it just feels so incomplete and awkward.