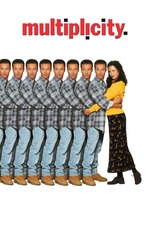 Michael Keaton makes copies of himself so he can play golf. The clones have sex with his wife, and he never plays a single hole. There's a scene where the "special" Keaton clone eloquently describes losing his virginity, telling the original, "...she touched my peppy", leaving him totally dismayed.

Blood on Her Name