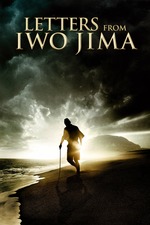 I think the greatest characteristic of Clint Eastwood’s films is that they revive the highly developed “form“ of early Hollywood cinema (say, from the 1940s) without ever relying on nostalgic elements. His talent is his firm conviction that cinema is storytelling as well as his confidence that with any story, however he tells it, he can capture the heart of the audience. As a result, he has continually tackled various types of stories, and never tells the same story twice. Also, despite his avoidance of any superficial novelty, oddly enough, his films look like no other before it. Therefore, his films always feel like something entirely new beyond just the mere level of storytelling. I would say that right now he is about to surpass his spiritual and technical mentor, Don Siegel. Thanks to Eastwood’s guiding hand, it’s possible that cinema may be breaking away from a previously completed “form” and entering completely new territory. That’s a remarkable thing.

It was exactly as I’d expected. I figured that Eastwood would go beyond a mere historical depiction of the Battle of Iwo Jima and portray “war” itself, transcending time and place. And that’s precisely what the film did.

For me, the question of whether the Japanese characters in the film appear natural when compared to the reality of the time is basically irrelevant. It’s true that some have said, “No one in the Japanese Army at the time was capable of having such strong and clear personal opinions,” or “It’s unnatural for the two characters who’ve lived in the U.S. to be the humane ones.” But if one were to ask them what the true state of Japanese soldiers was at the time, they’d have to admit they really don’t know. The soldier played by Kazunari Ninomiya and the Lt. Gen. played by Ken Watanabe may appear far too contemporary, but that’s only in comparison to the old-fashioned and nostalgically made Japanese war movies to date. Letters from Iwo Jima at least offers what seems to me a picture of war far closer to reality than those earlier films.

Needless to say, the idea of “gyokusai” is difficult to understand for Japanese as well. At the same time, I wonder if the principle of an individual sacrificing oneself for the good of the whole might be more universal than we think. You can find plenty of American films about heroes that do this. The truth is probably that people who don’t ordinarily think of such an act will, under certain situations, suddenly arrive at a “gyokusai” or “heroic” state of mind and take action. Depending on how it’s portrayed, it may look tragic, inspirational, or even absurd. In Letters, the character I found especially fascinating in that regard is the officer played by Shido Nakamura, who most directly embodies those human contradictions.

Flags of Our Fathers was a tremendous film as well. It shows the process of war in a more sophisticated manner than Letters does; you could say it’s the more intellectual approach of the two. I might dare suggest that Letters examines the “battlefield,” whereas Flags examines the “postwar.”

Among foreign films that were released in Japan last year, Letters was ranked first on nearly all top ten lists, in addition to becoming a big box office hit. That itself is great news. And yet the sad truth about today’s Japan is that many of the same people who were moved by this film will also shed a tear as they watch some preposterous war-mongering film. To put it frankly, the antiwar and the pro-war, the liberal and the conservative, the right wing and the left wing all strangely coexist in the same person’s heart. That’s the typical Japanese today. Of course it sounds illogical. But as people’s values diversify and the template for communities is thrown into chaos, perhaps it’s unavoidable for a person living in modern society to carry some degree of contradictions within the individual. From that perspective, the reported polarization of the United States along the abovementioned oppositions seems to point to an almost unnatural rigidity in its people. That a film like Letters—which sagaciously accepts the chaos—was made in America is undoubtedly shocking to both countries. If this film can inspire Japanese to think more clearly and Americans to think more flexibly about matters, what a wonderful thing that would be.