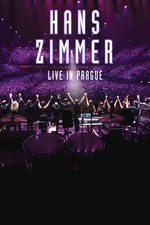 Powerful performance! The O2 Theater in Prague seems like a badass venue, and old Hansy and company brought it!!

Good mix of classics like the Lion King or Thin Red Line, sleepers like the ever underexposed True Romance, plus all the superhero soundtracks you would expect. But the Dark Knight stuff slays, and both Instellar and Inception are tremendous pieces of work (medleys from each featured in the set) that closed out the performance. So many times that I smiled while watching this.

At over two hours I did have to break up into multiple viewings. Some heartfelt and sincere stories from Mr. Zimmer were tastefully achieved between key movements. He’s so damn charismatic! And just a couple moments earlier when some quieter pieces didn’t quite produce the bang to put this over the top. Still, beautifully short concert footage and good variety overall. A must watch for any musician.