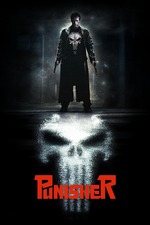 The Punisher Star Thomas Jane as Frank Castle "The Punisher", an Undercover Detective who while on assignment ends up getting a young man killed, who happens to be the son of a Mob Boss, named Howard Saint, played by John Travolta. Saint then orders to have Frank Castle and his entire family killed, but they failed to kill Frank Castle, but do murder his entire family. Frank then seeks revenge and then becomes the Vigilante, The Punisher!

Another film that gets pretty bad reviews but I actually really enjoy it. It is part serious, but also part humor with some great action and fight scenes. In my opinion this is the best Punisher film!

For a longer discussion about this film, please check out Youtube Channel, SacTown Movie Buffs and I've included a link below.
youtu.be/2TXtfSLGNUY