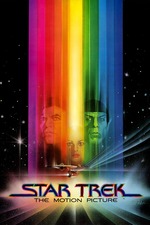 There are so many problems with this movie: the mess of the Decker/Ilia plotline, the magnification of the original series' gender problems, the near-total lack of humor, the clunky telling of Kirk's desire to be captain again, the total relegation of Sulu/Uhura/Chekov to pointlesness, and—most importantly—those horrendous uniforms.

But despite all of that, there's such a compelling science fiction story here that is deeply reverent to Star Trek's particular ideas. This movie also launches Spock as the thematic core of the story rather than Kirk, which the later Nicholas Meyer and Leonard Nimoy films would run with to brilliant success.

P.S. This is a case where you'll definitely want to watch the director's cut.