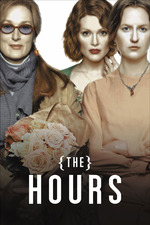 Three depressed women: one, despite an ostensibly successful life, accepting her sad fate, another choosing to live with her paralysing depression rather than die because of it, and a third only just realising her deep-seated sadness that has clung to the back of her mind like sticky tar. The Hours is one of the best films I’ve seen at capturing the quiet agony of depression. The gradual numbing of life’s pleasures as the brain begins to sabotage the psyche, the constant dance between fighting it and just solemnly acquiescing to it, and how outsiders fail to understand the complex inner workings of a depressed mind. How suicide may seem out of the blue, but is actually a cumulation of years of hesitation marks to the brain. Philip Glass’ pulsing score, a mix of piano and strings, blankets the film with an uncomfortable urgency. Scenes are mostly measured and relatively slow, but Glass’ score seems to capture the inner workings of the women’s minds, constantly racing with destructive thoughts while their bodies, stuck in monotony, remain slow and orderly. Each women, from three different eras, have central metaphors for their predicaments. Kidman’s Virginia Woolf knows that one of her characters in her latest novel must die, because it just feels right, but she can’t figure out who. Streep’s contemporary 2001 New Yorker gushes over her AIDS-stricken friend’s novel about his unhappy mother while pushing her depression deep down via constant distraction. And Moore’s 1950s housewife can’t bake her husband a simple cake on his birthday, while Toni Collette’s neighbour perfectly sums up many uninformed people’s reaction to why depressed people can’t just “get over it”:

The three time periods are cut together so well. Sometimes there are subtle match cuts from one period to another, linking the three central women. One looks off into the unseen nothingness, slightly out of frame, and the film cuts to another, years removed, seemingly looking back. The film also captures the power of art, passing through generations and still being felt at the core of someone consuming it for the first time, as if the words (in this case) were freshly printed on the page solely for them alone. The makeup here is also incredible. For years I knew Nicole Kidman was in this, but every time I looked at the poster I assumed that woman on the right was someone else. She’s completely unrecognisable. The old-age makeup on Julianne Moore is also so good that director Stephen Daldry has no problem pushing his camera in hyper-close during a dramatic scene, and you’d swear she was legitimately at least 75.

For a film that has seemingly been solely reduced to the film that won Kidman an Oscar, this throughly moved me. It contains one of the great all-time casts, and is almost entirely female-driven. In another world this could so easily have been heightened Sirkian melodrama, but instead it’s a quieter, rawer, goosebump—inducing experience. At one point, someone states “you cannot find peace by avoiding life.” But, sadly, you can find death.