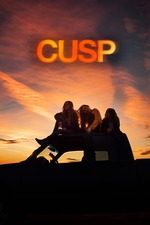 If there’s one thing you walk away from this fly-on-wall film with, it’s that these girls feel unseen, unheard, and in some ways unfelt. Which is made abundantly clear when you look at their surroundings as well as, unfortunately, the doc itself.

This serves as a really great introduction to the lives of these girls and who they are but it never quite cracks that surface to give us the whole picture. It’s mentioned twice how a lot authenticity comes out when alone, and I do genuinely think putting a documentary crew in front of teenagers prevented a sense of nuance from coming about in the film. It’s aimless in that you come out of the other side with essentially just as much information about them as you did after the first scene.

Which brings up another point! In my bio I mention how I don’t rate certain documentaries and this is the exact kind of case I’m talking about. I feel weird slapping a rating on something that feels....at times exploitative? Where we watch borderline traumatic experiencers happen to young kids. I don’t doubt the filmmakers handled these situations with care, I can’t exactly say where it stands morally, but I can’t rate that, personally.

I don’t know. There’s lots to admire and love about this naturalistic perspective of teenage girls. But not enough for me to call this something anyone NEEDS to see.

Lots of Lil Peep. Lots of McDonalds. Lots of sunsets.