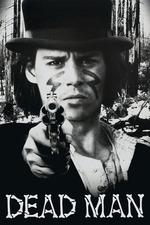 Black and white, a raging indie duality of the grey morality in Jim Jarmusch’s American Western, Dead Man. This movie looks from the perspective of Johnny Depp’s accountant character named William Blake. He sees the hills and the mountains and the trees. He sees the masculine cowboys and the wounded natives from whom his people stole this land. And we see it all too. Jarmusch looks back not only at the origins of the West, but the origins of cinema with homages to classic art and shots from film history. The atmosphere is sparse but yet detailed. Like a lot of Jarmusch’s films, the emotional feel and style might be easier to talk about and experience than an analysis, but what I see is the director’s attempt to tie together the ideals of western expansion, industrializing travel and industry, all with the American view of masculinity. As our desire for more land, resources, and power expands, will we let it make us worse men? When we leave it all behind, what awaits us as we move forward into the unknown? As we look into the black and white slideshow of history, genre, and companionship, Jarmusch shows us the unfair lot in life given to those who fight rather than follow hand in hand. The protagonist in this film has the same name as one of my favorite poets, William Blake, and the Native American named Nobody learns this and decides to help him on his journey. It’s like this film was made for me. I loved it and would recommend you seek it out from the Criterion Collection.