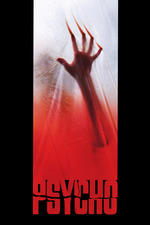 To think this is from the same director that did Good Will Hunting is so shameful to me. I love the original Psycho that terrified me with such great filmmaking. I don’t know why this is considered to be an experimental film when it feels like it was trying so hard to copy Hitchcock’s style. I get that the director said that it’s impossible to copy the original film, but seeing how it keeps copying the original is a constant reminder that I should watch the Hitchcock version instead. I don’t get the usage of abstract symbolism here when the original was very subtle for their own symbolism. For a cast of talented actors, they all kind of suck except for Julianne Moore who is somewhat trying for her performance. Vince Vaughn sounds like he’s doing an impression of Rami Malak from Mr. Robot while also trying to somewhat look like my dad, like the fuck is that?

I love the score for the original version, but in this one, the scoring for this version was overbearing as fuck! They kept playing the same damn song that was used for the shower scene so many times, and in each scene, the song sounds consistently unfitting. Some of the music in this gets so loud that I barely hear what the characters are talking about. I would’ve been madder at the film if it wasn’t for the fact that it’s so dreadfully boring to get through. Gus Van Sant’s Psycho doesn’t hold a single candle to the original that is just better in every single aspect of the film, even the black-and-white look of the film felt more natural than this version being in color.