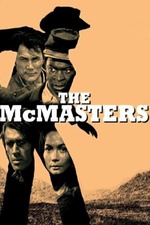 “You know how sensitive southern people are.”

A beautiful, bleak, and uncompromisingly anticapitalistic entry into the revisionist western genre.

Probably the most important conversation in the film happens about a quarter through its runtime, when our protagonist Benji, a black rancher and former union soldier, is encountering some problems hiring people to work on his farm-- which is to say that no white man in the entire post-civil-war south is willing to work under a black boss.

Benji then tries to employ some local native Americans, and where other movies might have used this opportunity to portray him as some kind of underdog savior of ethnic minorities-- Benji is instead admonished by one of the natives (played by David Carradine in maybe a smidge of makeup) for continuing to take part in the capitalist system that’s destroyed their very way of life.

By becoming a land-owner, Benji’s agreed that land can indeed be owned, and in doing so, has become somewhat complicit in robbing the natives of their ancestral homes.

In its best moments, this film implies that while Benji has emancipated himself from physical slavery, he hasn’t freed himself from the trappings of capitalism, and it is because of his desire to succeed in such a system-- to accrue the achievements of wealth, property, and status-- that he is ultimately doomed.