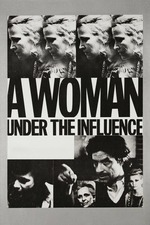 I knew about 10 minutes in with pretty strong certainty that this was going to be a 10/10.

Cole watched it and, not one to be left in the dust, I had to do it ASAP. Given that my school was closed due to super low temperatures, I knew I had to do it today.

My wife and I talk all the time about fate. On my ring—the one she proposed to me with—it even has “fate” inscribed. We talk about all the wonky, odd coincedences that led to us meeting one another. I’m the wishy washy one when it comes to fate though because it’s just a hard premise to buy into: Do I have any agency? Any actual power to change anything if fate exists?

I ramble because this puts me back into the camp of beliving fate. Some things cross your paths at really, really perfect moments and this was one of those moments. This film is the mirror to Jeanne Dielmann: This, the earthy, warm, up close and personal. Jeanne Dielmann, the detached, icy spectre. But they both capture—flawlessly—the pain and destruction wrought upon women.

What ate me away was Gena Rowlands capturing of a neurodivergent human in a place of suffering with people around her that cared, but were clueless. Constantly I thought of the film Possession and how it uses mental illness as a means of terrifying the audience like a cheap effect; this is the antithesis. This movie wants nothing more than for us to empathize with and understand Mabel as a character and human who is deeply, deeply desiring to be loved and accepted. So much of how she performed seemed to impossibly well capture autism in adult women, something still horribly underdiagnosed and probably half as researched as autism in dudes. But what is wrong with Mabel is irrelevant because it’s everyone around her who fails her. Consistently. Nick being the chief offender.

That isn’t to say he isn’t sympathetic—he’s way in over his head and clueless and wants to just do right but has no fucking clue what that looks like. He loves Mabel about as much as he hates her, hating her because she can’t just stop and turn off her problems or “be herself.” He’s easy to empathize with because he’s just desperate to be good and too ignorant to know he’s a fucking idiot.

This movie made me well up with tears more than 3 times, only spilling over during the final 20.

Cassavetes may have left me ice cold with Shadows and delighted me with Chinese Bookie, but this is why I engage with art at all. Not only to understand and appreciate craft, but to recontextualize my own life. The family chaos in the finale so powerfully reminded me of some ofthe chaos in my own house growing up that I’m sitting here processing events from 15+ years ago.

If you’re wanting to watch this but still haven’t, stop being an idiot like I was. Just do it.