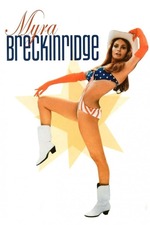 I must write it all down. Exactly as it happened. While it is fresh in my memory. But my hand trembles. Why? Twice I’ve dropped the black keyboard. Now I sit at the computer screen, making the greatest effort to calm myself, not only for its own sake, but also for you, Internet, who never dreamed that anyone could witness totally a fantastic artistic abortion and survive...

Ideas. Yes. There are supposedly ideas here. Glimmers, whispers of thought. Leftover slivers from the reputedly-quite-good Gore Vidal novel, no doubt. What are they? What are they, indeed. The film is edited and assembled at random. Scenes lurch and stagger with no concept of flow. No pacing. I have witnessed celluloid wreckage, and my job is to tear through and pull out any survivors, leaving the dead to wither before the red-red-red lights of the ambulance. But no one, nothing is alive. My hands are bloody with pretension, gender-role noodling and copious footage from other, better films.

What is this? I think it is a satire. Intended, maybe. Myra Breckinridge has Rex Reed getting a sex change at the hands of John Carradine and becoming Raquel Welch. Funnier than anything in the movie proper is that notion - the idea that lopping off a dingle and installing a pair of silicon bags could turn a bad critic into a bad-but gorgeous actress. “The destruction of the American male in all its particulars," is a chunk of dialogue given to Welch. No actress I know could make that palatable. Welch makes it painful. Her tone through the film is arch. Faux-British, enunciated. Take this actress seriously, it says. I refuse. The overwritten dialogue dies in her mouth. Ashes, ashes. She needed to be nowhere near this project. Back in that fur bikini, maybe.

The film knows this. Her introduction is intercut with footage from One Million Years B.C. That happens a lot. No worth in the main body of the text - might as well try to import some from other works. Piggyback on past success, coast on the unearned goodwill of old loves. A precursor to Seltzer and Friedman? This could be true, Internet. The juxtapositions are crass and on-the-nose always. Rex Reed masturbating? Show a shot of Oliver Hardy being sprayed in the face with champagne. Ladies lounging by a pool? Hey, there’s Marilyn Monroe wet and swinging her leg horizontal in Something’s Got to Give. Intellectually lazy, artistically suspect. I cannot go on, yet I must. Where was I? So cold... so hazy...

Satire? That’s right, I must double back to satire. This thinks it’s being satirical. It has old men talking about smuttiness and the devaluation of culture and movies while also expressing prurient desires ("I saw this picture where people were fornicating. Fornicating! God’s honest truth, Buck - I’ve seen it three times..."). Sarne thinks he’s being clever with this, and with the fact that said old men are played by people like John Huston and Andy Devine. (Huston! What the fuck are you doing here? You directed The Maltese Falcon!) Hollywood’s old guard, you see - they aren’t with it like the youth of today is. They could be, if they’d only admit their own desires. This is base, level-one shit. Get out of my face, Myra Breckinridge. Your breath is terrible - I think you’ve been eating onions.

There is also a brief bit where a hippie is beaten by cops while a pro-America ballad plays on the soundtrack. This has no bearing. Means nothing. It’s just there. Smug, easy. Satire needs teeth and bite - it needs a stance, for fuck’s sake. There is no stance here because that would require belief, commitment. Juvenile nose-thumbing. Tweaking authority and social mores for the sake of it, the same as blowing a snot rocket in public. Stupid. Stupid.

I lay this at the feet of Sarne. Director, co-writer. Sarne, oh Mr. Sarne. Who are you? Where did you come from? Who gave you this job? You reportedly spent eight hours one day filming a cake, yet it is beyond your grasp to even intelligibly frame a simple close-up. You have no feel for this material. You are overwhelmed, you swing about madly dragging in bits and pieces in hopes of constructing some sort of magpie counter-culture document. Failure is total here. In a way, I admire your audacity. Swinging for the fences, you were. But all you have to show for it is ten pounds of audacity and a quarter-ounce of quality. At some point, you have to trust your audience. The easy way, the blunt way, is not always the right way. Especially when working with volatile materials.

Myra Breckinridge, the candy-coated cream puff that wishes it were a sharp, cold peppermint. It wants to sting and discomfit. But it’s all meringue and air inside. No impact. It melts away, unremembered and unloved, leaving nothing behind but a slight soupcon of stale sugar. What do you do with something like this? Forget it. Let it melt. Expunged from memory so soon - where did you go? The will to carry on is strong, Internet.

Myra Breckinridge is a piece of shit. And don’t you ever forget it, you motherfuckers.