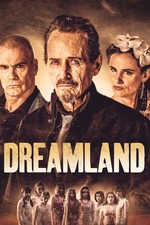 A curious piece of work from McDonald. Plays like a woozy daydream that somehow feels both surreal and down to earth at the same time. The rather straightforward plot and the deadpan acting kind of distract you from the fact there's some pretty oddball stuff going on at times. The soundtrack also contributes to this, with a soothing jazzy score creating a certain contrast to all the wackiness.

Overall great acting, neat visuals, some nice Lynchian vibes and a handful of very amusing characters. The film doesn't really excel in anything in particular, but it's still quite remarkable in it's own way. McDonald remains an interesting filmmaker.