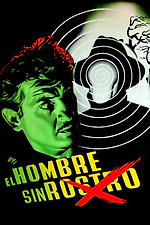 Lencho of the Apes’s review published on Letterboxd:

One of those B-noirs that aren't necessarily 'well-made' according to the usual criteria, but still hold a strangeness and emotional charge for people who are able to meet it on its own terms. Essays I've read online about The Narrow Margin seem to describe the approach I find myself taking toward this movie and the effect it has on me. Visually weak, with some expressionist-throwback dream sequences; those are kinda 'best we could do,' but they contribute nicely to the feverish strangeness of the proceedings.

A Jack-the-ripper type slasher is on the loose, and the detective assigned to cracking that case is... well, frankly, he's coming unwrapped. He's frustrated by his inability to crack his case, and he has other crippling neuroses of his own that the case is bringing nearer to the surface. (It's Arturo de Cordova, so you know generally where this is going... STRAIGHT TO BUGTOWN, yo.) The detective story gets derailed when he becomes so unable to function that he has to take medical leave for an intensive course of emergency psychoanalysis. Could the slasher actually be him? In a fugue-state or something? It almost looks that way... And then... oh, god, what will happen next?

The 'thoughtful interp' paragraph has already been done quite well by Tommy Swenson, so I don't need to expend the energy and get cerebral; it's all been taken care of.

Lencho of liked these reviews

Lencho of is using Letterboxd to share film reviews and lists with friends. Join here.