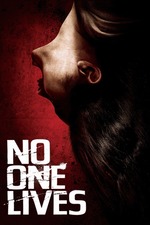 HOLD OFF ON THE "ACTION FIGURES"

You can't Blame every B-Movie Director that Fashion Film to be Franchise. There are Mega-Bucks to be Made if it Hits, Sticks, or in Some Way Captures the Hearts and Minds of the Pubescent Public it Panders. So, here We go Again.

This "New" Maniacal Icon Wannabe, hold off on the Action Figures just yet, is Played by, Someone Said, one of the Current Dark Brooding Heartthrobs, Luke Evans.

He Plays it in an Understated, Whispering, "I know the secrets of the Universe" kinda way, and seems to Seduce the Women on the Screen before even Penetrating them with a Knife.

The Bad Boys here are Really Bad, almost to the Point of making a Sadistic Mass Murderer Torturer come off as a Warm and Fuzzy Friend. But Stereotypes Aside, they are there for Elimination, nothing more. It's the way they get Disposed of that is the Crux of these Things.

Somewhat Stylish is how. Nothing here is Really that Innovative or New, but it Manages, against all Odds, to Draw you in and let the Wallowing Begin.

Above Average Gore-Fest, for Reasons that are not quite Discernible, and for that the Director must be Given His Due for some sort of Creative, Hidden, Voodoo that Charms the Target Audience.

No God, No Master