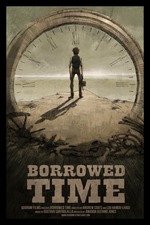 Just some honest little opinions on this:
The way in which the forgiveness-theme is presented is near perfect. It really pushes the heart-strings like any Pixar-fim or short would, but with a nice bit of an edge to it.

Very precisely edited, design of the characters is great, music is as melancholic as you would expect from Santaolalla and the whole look of it is gorgeous.

One question though? Why animation? True, I'm totally behind the idea of pushing the boundaries of animation to the realm of the adults and making adult animation more mainstream. But seeing this as animation on its own, it's just a bit unnecessary. Animation is THE tool to make things "real" that aren't done so easily in real-life. Even with Anomalisa, a story that could easily be done with real people, the animation still had a purpose. Here it's just because they have studied animation and not live-action and thus only make such films.

Nonetheless, very neat little thing. I'd want either this or Piper to be in the short animated films section of the Oscars next year. If none of the two gets in, I be screamin!!