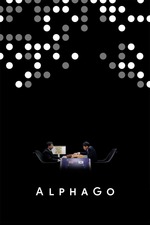 This documentary falters as a documentary, but the gravity of the event depicted shines through, regardless. It was repetitive; it was visually rather mundane until it was able to spotlight Lee Sedol; descriptions of the game state were devoid of any analysis—the film would prefer you believe that such analysis is impossible, but it did not show any honest attempts beyond throwing up arms over how strange the moves from the machine were or even cursory explanations at to why. In that sense, it even crept into the territory of propaganda, but thankfully the humility of the team behind AlphaGo was able to smooth that wrinkle in coverage of this event over where many optimistic observers failed to do so at the time of the event.

Over the last two weeks or so, I've read a book from the early 90s called Technopoly in which Neil Postman argued that there is an increasing focus by many people in American culture (and the world) have shifted their targets from the goal of improving humanity's knowledge and the quality thereof to the pursuit of increased efficiency and an information glut that sustains itself for itself and not for human benefit. The first half of the documentary and a lot of the coverage of the event itself runs into this problem by fixating only on AlphaGo's winrate, our ever-increasing fascination with abstracting away human elements of issues, and never discussing the consequences of proposed actions. Now, a Go-playing machine doesn't have bad implications no matter how you look at it because Go is a game, so it's not like terrible things would come from these wins, but the significance of these achievements are not attributable to the machine. There was a beautiful segment of the documentary where a team member reflected that getting to the point where AlphaGo could beat a 9p player was a very human achievement. Of course, that was in the second half of the documentary where such sentiment and humility was on display more often as people started considering the world's new ecology with this machine's existence.

The most interesting parts were games 4 and 5, after Sedol had technically lost the tournament. Each of those games represented interesting versions of play with the machine and they were played solely for exploratory purposes, and they represent how our human culture is more than a functional win count and the percentage win chance during play. Concluding prematurely would have damaged the public consciousness's perception of AI even further by polluting it with the idea that AI is infallible and greater than ourselves rather than an extension of ourselves and our efforts. I hope people come away more inspired by the sentiment of the end of the documentary than by overzealousness of observers from the tech community.