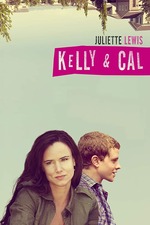 Yesterday, I watched the entire first series of Doctor Foster, so I guess this was a cheerier take on the genre of having an affair with a younger person. Although, this wasn't a movie about an actual affair. It was more about someone unsatisfied by her current situation, married into a family she dislikes and neglected after having her first child. She meets her foil in a high schooler who has faced a traumatic event, losing his legs and ability to draw, and is surrounded by people who don't respect his condition. Using a physical trauma that limits him permanently to contrast with her more mental trauma that limits her in her decision making in a similar way was inspired.

I find it difficult to watch movies and shows about people who make such seemingly obvious mistakes -- or, at least, decisions that place them in situations where they make mistakes -- but at the same time, I know that's real. When chasing one thing we think we want in the short term, we can make decisions that lead us astray without realizing its effects on others and ourselves. Some of those decisions have permanent consequences, like making an ill-advised mural and harming yourself in the process, and others have consequences that can be worked through, like not maintaining communication with your spouse about things that are bothering you. This movie is a good reminder that, regardless of the severity of the consequences, you're still alive and there are ways to keep moving forward.

Also, on whiletruefm 0003, Kenneth brought up an article about how the X-Men comics don't take advantage of the fact that most characters within it have disabilities to educate about disabilities. Sam brought up the point that such mass media that represents these people may have a responsibility to depict them more realistically and show what their life is like. This movie does that very well: it talked about how people without the use of their legs face a world where people who walk aren't considerate of the quality of ramps, how people who walk consider them aberrations, how they should be the ones who determine if or when someone else pushes them. And it did that with a few lines here or there within the greater story. Hell, he even drove a car. I haven't seen the fact that cars can be modded to be driven without legs mentioned in anything in a long while.