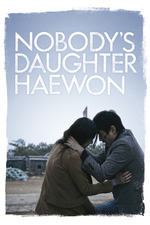 Second viewing required, since this was captivating enough throughout, but it was only towards the end that Hong's intentions reached became clear, rippling back through the previous 90 minutes. It's not neatly bifurcated, but presents a series of sly doublings (two phone calls, two monuments, two trips to Fort Namhan) that achieve a similar effect, though without the more distinct rupture of, say, Right Now, Wrong Then. ("It looks different coming from this way," says the professor-director of the motel so central to the couple's relationship.) More significantly, though, this truly does anticipate On the Beach at Night Alone—the spring analogue to that film's wintry solace.* (The shot of Haewon crouched down, tending to the first signs of spring, explicitly mirrors the shot of Kim Min-hee crouching next to a bed of flowers in full bloom.) The tone is set by a new beginning (the mother leaving for Canada), but the past seeps back into the frame, giving the film a decidedly melancholy edge, the two statuesque figures and the significant fort location creating a sense of History seeping into the margins. Haewon wants to "experience the absolute truth through relationships with the living" and believes in the morality of even the smallest gestures ("Then, it'll show who I am"), a belief that Hong's camera obliges by zooming in on a tossed-off cigarette on the street. But deceit creeps in, and the pull of the fiction—two instances of manufactured chance—takes over. The woozy frankness occasioned by a soju bottle—which catalyzes an antagonistic drinking contest—provides one answer; a fog-shrouded encounter provides another. But the realm of dreams—though more importantly, the clarity of waking up—provides the clearest still. Suffice it to say that the ending knocked me right out of my seat.

* This film actually makes me appreciate On the Beach at Night Alone somewhat less, since it covers so much of the same ground, but, to my mind, more incisively. The latter has the benefit of the self-reflexive life-imitates-art factor, but the flow of the conversations, the patterned structures, the meditative mode are all far more fully realized here. Even the black-clad man, whose borderline-surrealist presence in On the Beach adds an unsettling edge to the film, already manifests itself here with Haewon's fixation on death ("Death resolves all," she says at one point); his presence is the book Haewon falls asleep next to (The Loneliness of the Dying by Norbert Elias) made flesh.