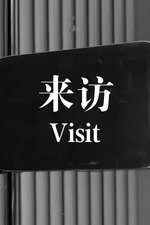 much better than spike lee's fauxspirational response to the pandemic... maybe that's because here in new york city it still feels like we're living in a disaster movie, whereas in china the situation has calcified into cold reality, allowing for a certain amount of reflective hindsight and analysis that americans are still struggling with. manages to communicate the simultaneous abject horror + absurd comedy of The Current Moment (the lingered shot of the ungloved hand extended in a shake, the hilarious but also disgusting extended emphasis on the slathering sound that hand sanitizer makes). i wasn't really expecting it, but the last two shots absolutely broke me: the only place left where people can stand in close proximity with uncovered mouths is on movie screens. jia has always had that sci-fi streak running through his work but its maybe most prominent now, in a world where extended human contact is literally science fiction

Some Kind of Connection