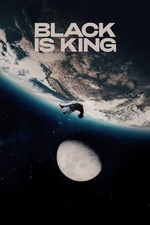 This was pretty boring. Plus points for all the continental talent outshining her I suppose, but not much of anything to hold onto.

Your typical Beyonce project: Shallow, contradictory, classist & dry. The whole idea that Black Americans are lost because we're stripped of our "nobility" and have forgotten our roots as Kangs & Queens is some hotep nonsense.

Stop telling Black Americans we have no identity challenge. (Like forreal, that scene of the voiceover with the guy saying "We don't speak our native tongue...We don't know who we are" is some self hating nonsense. Nobody says this about Caribbeans or Afro-Latinos so get this bullshit out of my face. I'm not lost)

Stop implying Blackness is only celebratory if it's dripped in royalty challenge.

Stop fetishizing and ancestralizing Africa because of your own identity issues challenge.

I’m less concerned about the function of kings and queens than the implicit sentiment beneath the compulsion to be linked to them, which is that an ancestor who might have been a king is better than an ancestor who definitely was a slave.