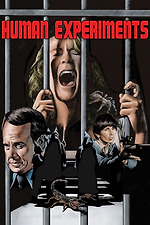 Appeared briefly on the UK list of video nasties in 1984 although it isn't very nasty if you ask me. Favorite scene is actually a small dialogue scene between Linda Haynes's character and Granny, played by Lurene Tuttle (sheriff's wife Psycho). It's a small human moment that feels quite real. My big question is... why is a glam/prog rock band playing a minimum security prison?

(Btw, when were these Katarina Leigh Waters videos shot? She sometimes mentions extras that don't appear on the disc. Like an interview with Linda Haynes. Were they recorded for an early release?)

Happy Birthday to Me