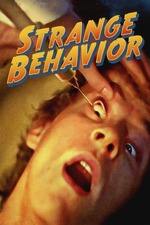 Very interesting that this is Bill Condon's first credit. And he's actually in it. He's the first death... looks like a teenager.

Dan Shor (although I love him as Billy the Kid in Bill and Ted's) doesn't do it for me as the lead. But overall, I didn't find the characters appealing, so perhaps not the actors' faults.

Nice scope cinematography by a DP I've never heard of before - Louis Horvath.