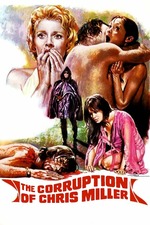 The Corruption of Chris Miller

The Corruption of Chris Miller 1973

I can watch Marisol (Josefa Flores González) horseback riding, sunbathing, bike riding, car washing in a bikini, etc etc... all day. And she's truly great in this. As are Jean Seberg and Barry Stokes.

Both endings are on the disc. The Spanish one is totally superior.