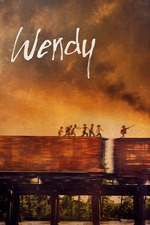 Was one of the lucky ones who saw this film on the big screen. I'm saddened by the lack of attention it got because I consider it a masterpiece. Incredibly accomplished and awe inspiring.
Delivers on the promise of Beasts of the Southern Wild ten fold. Incredible images, performances and scope. It's also unafraid of being heartfelt.

Quite overwhelming on the first watch because almost every shot is a head scratcher (in terms of trying to figure out how they did it). I truly hope this film gets a re-release and is remembered at awards season because this is the film of the year for me.

Watched at the Arclight, Hollywood