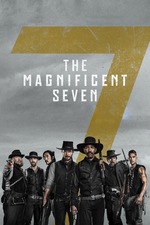 listen, i love westerns, and i am willing to overlook a lot of things, but somebody did peter sarsgaard dirty when they gave him direction during the production of this movie. he was so overdramatic and underdeveloped--the latter of which was the writer's fault and further worsened his already horrible performance. i like peter sarsgaard, so it was really hard to watch him like this. to make matters worse everyone else did really well (besides a little forgivable kitschy acting from ethan hawke), which highlights just how bad peter sarsgaard was. it was like the director told everyone "you're already a goddamn cowboy, you don't have to do much to seem cool" then turned around to peter sarsgaard and said "ALRIGHT, BITCH, I NEED MORE DRAMA! I WANT MY FUTURE GREAT GREAT GRANDCHILDREN TO FEEL YOUR ACTING!" i really think they fucking threw him under the bus.