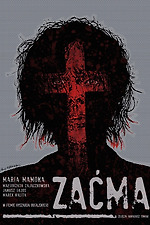 It is said that without God all is permitted.
Could be. I don't know about such big things.

What I do know is one consequence of rejecting God - people don't know what to do with guilt, and more importantly their need for forgiveness.

There is nothing secular that can explain it adequately. Some say that guilt comes with God so it disappears with him as well. Others don't throw out the baby with the bathwater. They keep the notion of forgiveness and stick it in the the DSM-5 ( the psychobabble bible) because turning something into a pathology worthy of prescription drugs is much better than the whole God industry; at least it pays for mortgages. And if diseasing the crap out of everything isn't your bag, there is always the self-help treatises in the yogic flyers section of Chapters/Indigo where there is little doubt you can find a title to make you feel better about yourself.

Me? I get off on films about forgiveness. I rank them. I call them things like "deep" and "essential viewing". It's my thing. And Zacma (or Blindness in English) is the best I've seen on the topic.

A woman, a strong woman, needs to speak to Poland's top Cardinal. Julia will not leave until she gets what she wants, and boy oh boy is she used to getting what she wants. But these are different times. We aren't in Communist Poland anymore. She doesn't wield power like she used to. She isn't used to this. Nor is she used to having to formulate certain things. She doesn't know what she wants exactly because she doesn't know the words to describe it. All she knows is that she needs something... something that maybe the Cardinal can give her. Maybe. Surely. Hopefully.

Zacma. Blindness. Go see it.
I don't judge. Live and let live and all that.
But I will judge anyone who does not appreciate this film.