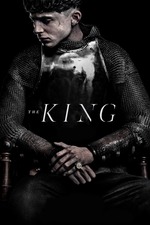 another movie i expected to hate but what remains is something that tried to be a medieval epic, which it has achieved to some extent, with its plot and its fight/battle scenes which i did like seeing. but it also turned out to be a film that’s quite boring and there’s two reasons for this.

it lacked style like it wasn’t aware of what it wanted to present; whether or not they intended to make England or France look beautiful.. is a mystery. whether or not the king’s hall is meant to look like dogshit in comparison.. is only slightly less of a mystery in this.

and of course the worst part is its lead actor who gave an uninspired performance to which in.. many scenes presented himself as a teenager holding back a stomach ache, or his diarrhea. just a dull voice and a dull performance that had knights snoring, which you do actually see in this movie. to think how much better this movie would’ve been if they simply cast someone else that they didn’t use to try to market his heart-throbbiness, and the same goes to Villenueve by casting that asshole as Paul Atreides. you fucked up in that regard. Greta can have that rat for all i care.

and of course the main event being Robert Pattinson and his iconic performance as The Dauphin. and this lifted my spirits so much so. very worth it watching this film to see him. though maybe i’ll have to resort to seeing Dauphin clips instead of full viewings to see his scenes again. The King is fine but i’m not planning to see it again any time soon.