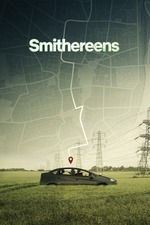 Unfortunately, so far in Season 5, Black Mirror feels too heavily leaning on "We Live in a Society" vibes, and the statements it makes are poorly done. Smithereens is a perfect example of this. Directed by James Hawes, the person that brought us the robot bees episode, it seems he took everything that was bad about that episode and put it in here.

I don't mind Hated in the Nation, in fact I think it is relatively solid. But it does feel too long, sitting at a whopping 89 minutes, and it definitely feels longer at times. The pacing is off, and a lot of the dialogues quality dips from time to time. And those same problems are present in this episode, but even more so. The two main leads are performed well enough, but when everything takes place in one location for the vast majority of your film, you have to make sure your dialogue is rock solid. And Smithereens most definitely is not. It ranges from alright dialogue to terribly boring at the tip of a hat. There are moments that are really interesting, like the slow build of comradery that these two characters get, but its overshadowed by constant cutting back to the police and the Smithereen company.

Topher Grace was probably the best part of the episode. His dialogue was funny and his delivery was great. But he couldn't save it unfortunately, and it just kind of makes you sad he wasn't more present in the episode. However he does say God Mode so that was pretty amazing. If only it wasn't followed by a terribly written monologue by the main character that was supposed to be the climax of the episode, the reason for everything. Big oof for this episode.