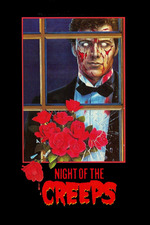 Man I was so excited for this film after the opening with naked aliens running around a spaceship. But besides an amazing intro and a spectacular third act, the rest of the film is unfortunately pretty dull. Poorly written characters, long scenes of useless dialogue, and overall just not a fun experience.

Which is a shame because the last 30 minutes of the film kick it into overdrive and deliver some great effects, some cheesy as hell but fun one liners, and a really satisfying conclusion. But the overall film just wasnt for me I guess. That makes me sad too, because no matter how over saturated the market gets, I always find zombie and monster movies inherently interesting and fascinating.