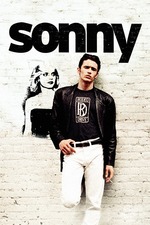 Journey To The Cage

The one directing credit by the world famous actor Nicolas Cage unfortunately shows that he isn't incredible in every regard. Filmed to the absolute brim with worthless dialogue, terrible cinematography, a god awful lighting, Sonny is a truly terrible film.

What is both funny and sad, is I really like the idea and the story for the film. Talking about male prostitutes, and constantly being pushed back into the life through stigma and not being able to make money any place else has great potential for a great story. But when all of your characters are so poorly acted you can't tell if they are just being ironic the film suffers greatly. James Franco does a terrible job, and none of his supporting cast helps.

The best part was when Nicolas Cage's character Acid Yellow shows up. That was funny, but pretty fucking awful also. Maybe Nicolas Cage can one day try again at directing, but maybe hire a competent crew and better actors.

Do or Do Not. There Is No Try.