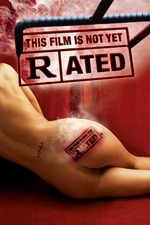 Surprise surprise the MPAA is a bunch of trash bags. If you don't have any idea on how the ratings are put on films in america, this is probably a film you should see. Warning: it is very dumb. The whole idea behind it is ridiculously outdated, as well as the staff they have rate the films.

The documentary is well made for the most part. Has some interesting interviews and a great central narrative that is its driving force. It does however slow down quite a bit in the middle half an hour. But it is all worth it, because the last half hour of the film is legendary, and is as funny as it is disheartening to directors and film makers.