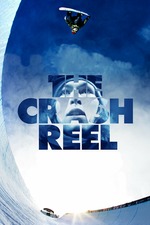 Lucy Walker’s The Crash Reel is a moving and inspiring documentary about champion snowboarder and Winter Olympic hopeful, Kevin Pearce, and his attempts at rehabilitation following a life threatening crash that left him in a coma for six days and with serious brain injuries. Employing extensive archival footage and unparalleled access to the family and treatment the film is a touching look at the fragility of life.

Walker continues to demonstrate her versatility as a documentarian as she tackles another strikingly different, and very personal, story. The Crash Reel is a blend of traditional sports documentary chronicling Pearce’s rise to prominence and professional rivalry with snowboarding superstar, Shaun White, as well as a moving family drama as his parents and siblings desperately try and keep him from returning to the slopes.

Although conventional in its execution (employing talking heads and archival footage of extreme sports, particularly those that go wrong) and subject matter (inspiring sporting rehabilitations are nothing new to the documentary genre) Walker’s film still succeeds thanks to the openness of the family and the sympathetic nature of Pearce as a person.

Despite surviving the life threatening accident there is still something tragic about the story as Pearce struggles to come to the realisation that he shouldn’t snowboard again, not without risking killing or paralyzing himself in the process. His sport was his life and he isn’t willing to walk away despite the advice from his concerned doctors and family who fear for his life.

With a great soundtrack and engaging subject, The Crash Reel, continues a fine year in documentary filmmaking.

They Won't Believe Me