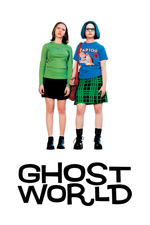 The start of my interest in cinema and its relevance to me as the artform I wanted to absorb extensively, gaining awareness of as many cultures, worldviews, and ideas as realistically possible, correlated pretty closely to the midpoint of high school and the slow realization of the disconnect I was having with most of my peers. It wasn't a case where I was necessarily an outcast or didn't get along with people (I went to a Christian high school, the ratio of assholes to functionally sociable people is significantly lower than that of normal high schools, although the downside is enduring well-meaning mind-numbing prayer "rock" every week), but my stark cynicism and diverging tastes from nearly every single student and superior encouraged a disaffected streak on my part, disappointed and far from eager to joyfully engage with lessons that banally plundered the hot trending shows and music of the time, depressed at the revelation of my local role models being immensely fallible and imprinting behavioral/mental patterns (mostly from my father whom I discovered quickly became a totally different person at work, throwing barbs of verbal abuse at my minor fuck-ups that no doubt spurred the suicidal thoughts I fight to this day) that all my other peers either didn't come close to experiencing or hid much better than I could, and alienated from a larger society I had little fondness for and developed bitter fears of ever fitting in once I would be released from a high school that offered very little in the way of preparation towards the actual real world. Film became not only a temporary break from people, but also something that could keep me from slowly cracking under the pressures of life and bond with visionaries who had more to say in two hours than an entire nine-month cycle of homework, tomfoolery, and faking it till I made it.

It's a common fact that unless you're born rich or predestined with twee naivety, growing up fucking sucks and the journeys of actually coming of age are individualistically brutal that's easy to relate, hard to deeply resonate with pin-point precision.

This is why coming-of-age films are as prevalent as they are, trying to tell the stories of the youth offers a goldmine of content and emotions to transplant onto a big screen (or, more often for more modern generations, a little screen isolated in one's room with just the young impressionable person and their VHS/DVD player as company), and because there are so many cultures, subcultures, identities, struggles, reflections on trying to understand adulthood, there is bound to be at least one coming-of-age film that will speak directly to a person's heart, an emblem of a fleeting era of life that they'll watch over and over, never forgetting it because it understood them better than anyone else in their life could. For some, it's The Graduate, for some, it's The Breakfast Club, for some, it's Lady Bird, for some, it's Love and Basketball, everyone has that one film they watched as they wandered a teenage wasteland that evolved into a beacon of light, a film that suggested somebody, in spite existing in a fictional reconstruction of life's ennui, was going through the same strifes and adolescent woes as them. No matter if a film was decades old, or focused on leads that were a different gender from its viewer, or if others worldwide were experiencing the same connection with a film totally unaware of each other, you and you alone could have a movie talk directly face-to-face to your struggles and, at the very least, relay exactly what's on your mind.

And if this long-winded (even by my standards) introduction offers any glaringly obvious indications, Ghost World became that ideal coming-of-age movie for me.

Call it stellar timing, what with my first viewing of a film about two girls graduating high school occurring just three months before I was set to graduate, call it the absolute nasty edge it had that made it stand out from others, call it the foresight to actually understand the dangerous side-effects of my cynicism and the impassioned need to change who I was while still keeping some of that critical nature with me, but there was something to Terry Zwigoff's film adaptation of Daniel Clowes' work that latched onto me, being able to tell me that even if things weren't going to be OK, my thoughts and frustration towards the idiosyncrasies of existence had some merit to it. It was a film that took its time to find most of its core audience (I mean, it was rated R so the best way to see it as a teen in its original run was to trick your ma and the ticket guy into thinking that you were seeing The Princess Diaries and then sneak into the right theater four doors down when no-one's looking), but those that did sympathized with the caustic, mature, self-critical observations on life it had, bouncing around its slices of life through a quotable, immensely witty, and all-around intelligent script that's incredibly vivid in its depiction of commodified Americana.

The world in which Enid Coleslaw drifts about is one that somewhat exaggerates its small-town citizens as a freak-show for the sake of her acerbic riffs, yet it doesn't hold back from its initial ridicule of modern society's crass homogeneity and reliance on facades, where an inspired speech about the dangers of alcoholism can still come from a teenage alcoholic in darkened rooms, or a video store sells the same generic variety-less blockbusters while showing no awareness that movies existed longer than a decade. The weirdos become a breath of fresh air (how could you not marvel at Doug, the shirtless nut who wields nun-chunks and a powerful misunderstanding of "freedom of speech" as weapons), in tandem with conformity becoming repulsive and far from desirable, making for a world that's enchanting in making the mundane so curious thanks to astute insights on what's behind the masks, the veneers and impressions that make fitting in such an unappealing offer (Enid's remedial art classes still manage to be genuine gut-busters on account of me having to deal with the EXACT king of over-endearing pretentious art teacher that exhibited classist separations of what could be low-art and high-art, pointing out the bar of high-art can be defined with such shallow ideas as a tampon in a teacup). Notably, however, the film reflects the growing adjustment and compromises one has to face when stuck in a small-town, as the second half's venture into drama turns the weirdos into boring customers, financial woes that make nothing fun, enchantment on new places that die out when you've seen it all, even the most interesting cases of individualism become stuck and malformed into the disheartening conglomerate of a town lacking in true character, the hollow exteriors cracking into the void of uncertainty, leaving little in the way ironic detachment to form their own mask of personal emptiness.

This is the position we find Enid in over the course of the film, creating sarcasm to cope with nobody getting her (especially when no-one recognizes and plays along with her brief 70's punk rock phase), mining a culture to wade through its platitudes, and most concerningly floating through fifties diners and strip malls with no plans and no serious attempts at earning a paycheck. The oft-underdiscussed fatal flaw inherent with slackerdom and drifters (at least in films which revolve around said subculture blossoming in the 90's/00's indie boom) that this film utilizes to flesh out Enid's character is the fear of change, the fear of settling down and having to adjust to the mores of a society openly mocked and scorned by her, a factor that doesn't help mend the gradual disconnect she faces with her friend Rebecca, a snarker in body and a comformist at heart who aspires to afford an average middle-class apartment in bland suburbia, and causes her to gravitate to Seymour, a similar outcast unable to relate to 99.9% of humanity similar lost in his own out-of-time hobbies, collecting records and able to rattle off the distinct subgenres of blues in a ramble of unsociable information (and by that I mean real blues as opposed to pimply frat-boy blues band Blueshammer that prefer to sing about how they've been "PLOWWWWWWWIN'!!!!!!!!"). Seymour ends up being what the potential dead-end of Enid's current trajectory can look like, a person totally separated from society with the world reaffirming the most unflattering aspects, and while Seymour has taken some steps to not become totally lost in the long settlement of adulthood, Enid's habit of insular self-destruction at the slightest risks can only push her farther and farther apart, unable to satisfy the inherent need to belong into something while trying to push off reality's hardships as if to disappear into the world, a ghost passing through in melancholy playing the same sad song over and over.

The effectiveness of Ghost World as both a self-aware cynical incision of the world and a cautionary tale is that it offers no full answers to the pain of adolescences as an outcast, no excuses for alienation other than one's own dilemma they can avoid and pile further problems on, with enough ambiguity to let viewers fill in their own perspectives and decide for themselves what they see in Enid and if they've seen too much in themselves to refuse personal growth and change. The deadpan tone and poeticism of its larger ideas has become aspects I absolutely cherish now that I'm older and (slightly) wise enough to escape some of my own personal fears of change and the unexpected, as its cool, subdued treatment of the material allows its self-criticisms to ring true and never over-emphasize how grueling monoculture can be, and its raw emotion that's easier to pick up on for the fourth viewing manages to deeply sting in its authenticity and details on what it actually means to grow up, or rather reject growing up. A brilliant, unforgettable opus that knows when to relish in irony and knows when to be frank about reality, this is a movie I'm probably cherishing more than others can but, fuck it, it's the movie that knew me better than most.