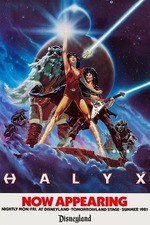 Defunctland has time and time again proved itself to be on a league of its own in terms of creating content for a free platform like YouTube, and has over time shaped itself as one of the most professional and informative channels one can find, especially given its dedication towards a niche topic you wouldn't think you'd care about until you heard the story behind it: theme parks, and the abandoned, destroyed, or fondly-remembered attractions and sights one could have at one point found entertainment from. A passion project from its creator, Kevin Perjurer, born from his love of Disneyland and the like, as well as admiration from documentary filmmakers like Ken Burns (the latter most evident in the Civil War-modeled "The War for Disney's America"), it highlights just how powerful and influential of an artistic medium theme parks can be, while also shedding a light on the failures and mistakes of those that inspire younger eyes and create fond memories for older folks to hold onto and cherish, in essence holding reverence for nearly every obscure subject that Perj and his grassroots team extensively research while also making sure they don't close their critical eye (such as the case with Walt Disney's original autonomous dictator-esque ideas for EPCOT and how awful of an idea it really was when you break it down). Because of the high acclaim Defunctland receives from its viewers, it has allowed them to extend their efforts into a feature-length form (while still freely distributing it to their audience on YouTube, knowing that such deeply informative films about something no-one has ever heard of or cared much about is still kind of a hard sell to the masses), and with associate Matthew Serrano's film Live From the Space Stage: A Halyx Story, they once again do the impossible of giving the whole story of something you would have never heard about and making you deeply care and love the subject at hand.

Halyx was born out of Disneyland Records' need to stay as successful as the megacorporation behind it implies, along with the enthusiastic producers and engineers behind the label. Gary Krisel, the executive who noticed how big of a sensation both Star Wars and Kiss were becoming, decided to cultivate an idea that had the potential to be just as hip as those two, and with the help of gifted composer Mike Post and writer/producer Jymn Magon, they came up with a band that would have all the theatrics of rock and roll while also having humans and aliens (humans in costumes) as part of the performing ensemble. With heart and soul backing the project, the best no-name talent was scouted, including the wailing power rock vocalist Lora Mumford, described by Krisel as a "punk Snow White" that allowed for a paradoxical wholesome and edgy look, and the bassist tasked with performing some quality licks while covered head-to-toe in a Wookie-esque suit (and as you can imagine, performing in such a thing left Roger Freeland with five pounds of water weight to shed each night). Born mostly to keep a label afloat by throwing whatever trend could work, the type of manufactured sound initially sounds like it could be trouble, even as all the talking heads, performers and technicians alike, describe the process with wit and easygoing fondness (while all managing to agree that nobody really knows how the name "Halyx" came to be after the long list of rejected band names).

The thing that made Halyx work, however, to all those watching from Tomorrowland's Space Mountain Stage, was just how authentic of a rock and roll sound and showmanship these misfit performers had, and how boundary-pushing they were as a technical part of the mostly conservative Disneyland. Facing complaints from higer-ups citing that their guitars, drums, and vocals were bleeding into other venues (which is a hard thing to turn down as a rock performer), along with the longer-haired members repeatedly getting stopped as per the Disneyland policy of no staff members with long and/or facial hair (something the band got away with since that was a part of their character), the nature of how incredibly out-there it was allowed for the musical skill to shine way above its cobbled-together nature, putting out glossy energy with kicking tunes like "Hey There Boys", a new personal favorite of mine. With the unofficial recordings of fans not wanting to miss a moment, as well as demo tapes from those who kept them, we the audience are given glimpses to what made Halyx the awesome sight it was, and what caused die-hard fans to be born to create backstories, homemade merchandise, and a deep love for performers that could put on a spectacle of a show, one that lived up to its sci-fi promise and carried excellent music as a treasured bonus.

How Live From the Space Stage: A Halyx Story tells its story of a band that never made it is touching and bittersweet, especially as it reminds its viewers of the short length the band had to wow those who stopped by Disneyland that fateful summer of '81 after seeing the few high-quality illustrated promos peppered throughout the park. Uncovering something so awesome and genuinely great is a miracle considering how much has been mined from Disney's history, and it is a shame how even with just three months of performing time such a unique band would be devoid of official documentation and archives of their existence not fulfilled by those adoring fans. Something that existed with glory, flashing lasers and jumping frog people only being a few key examples of the Halyx experience, just disappeared, and that's something that fills me with intrigue over what could have been, and what the plans for Halyx were as described by everyone interviewed. Getting right to the sources to find out every nugget of this story is a thing of beauty, and this bittersweet retrospective of Disney history is something I'm glad more people like myself will watch and fall in love in, wishing and hoping for a magical dream that just can't come true anymore, yet existing all the same thanks to the impact and love the band had on those who got to discover them in their heyday and even 40 years later. Truly, one of the most vital documents of a wild and weird part of Disney's extensive lore.