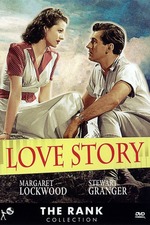 Leslie Arliss’s British romantic drama. Knowing that she suffers from a heart condition, a woman has one last fling with an RAF pilot. Starring Margaret Lockwood, Stewart Granger and Patricia Roc.

This melodrama, which was made at Gainsborough Pictures, one of the biggest studios in the UK throughout the 1940s, is not to be confused, nor is absolutely not related at all, to the 1970 film of the same name, which stars Ryan O’Neal and Ali MacGraw. The final product, which was popular at the British Box Office, is an enjoyable one.

Adapted from the short story of the same name by J.W. Drawbell, the story concerns a perhaps fatal heart condition which encourages concert pianist Lissa Campbell (Margaret Lockwood) to begin living life to the occupied.

Throughout vacation leave, Lissa settles on good-looking combatant pilot Kit Firth (Stewart Granger) and starts a sweltering affair with him, all the while keeping the certainty about her condition carefully at bay. But Kit – who is already betrothed to Judy (Patricia Roc) – ports his own clandestine: A mine blast has caused him to progressively go blind.

Margaret Lockwood gives a good performance in her part as Lissa, the woman who doesn’t have long left to live and acts like she is absolutely determined to make the most of the time she has remaining. She suits her role well.

Elsewhere, there are fine performances to be had from Stewart Granger and Patricia Roc in their respective parts as Kit and Judy. Kit is the fighter on leave who Lissa falls in love with while he keeps a secret from her, while Judy is the woman who Kit is engaged to tie the knot with.

The direction from Arliss is very good because he allows the facial expressions to be seen to a strong effect throughout, while also keeping a mostly pleasant atmosphere happening as well and the script is written to a decent standard by the director and Doreen Montgomery as they make the movie easy to follow.

The camera, music and costume stand out best in terms of the technical aspects, because the camera makes very good use of the locations and also captures the occasional tense moments well, which get the edge-of-the-seat status; the music is enjoyable to listen to; some of the costumes are nicely designed.

Overall, Love Story is an enjoyable romantic melodrama, due to the good performances, direction, script, mostly pleasant atmosphere and some tension.

The Adventures of Ford Fairlane