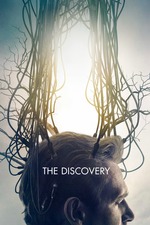 An interesting if not entirely successful experiment, this. Part near-future sci-fi, part relationship drama, part detective story, Charlie McDowell’s second film posits a world where a neuroscientist’s proof of an afterlife prompts a global suicide epidemic, but fails to grapple with the bigger questions that raises. Instead, it opts for a twist on Flatliners that keeps its philosophical probings within a very narrow spectrum, even though it's trying to be so many different things at once, and gives its impressive cast for an indie film — Rooney Mara, Jason Segel, even Robert Redford — some unfortunately florid prose to recite.