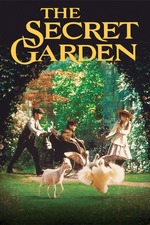 So this one completely passed me by in 1993. I guess I wasn’t the target audience, and that year was all about Jurassic Park for me, but you’d think there’d be some lingering memory of its existence, at least, not least because I do remember the mid-70s BBC adaptation being repeated on children’s TV around that same vague time period. Anyway.

I watched it with Bee who pointed out its similarities to Jane Eyre and Rebecca though it obviously unfurls as more of a magical realist fantasy than a ghost story. This version, compressed as it is, is perhaps too subtle on that front; maybe more could have been made of the ambiguities at play: Colin’s ‘illness’, the dilapidation of the manor. And what’s with all the animals? (Don’t @ me, I know what’s up, but it’s just dressing when it could be substantial.)