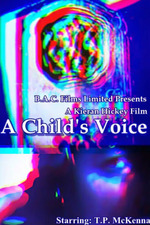 "In those days, radio was a power and a light in the land. People in their homes at night gathered by the radio, and heard the crackling, stilted reports of a world they had only read about, and now, imagined more intensely. Radio fixes the person, but frees the imagination. And the people most affected by it, were those who lived, and listened, alone."

David Thomson should sue the arse off Mark Gatiss because the latter really did (as friends on here told me) liberally lift so much from this for his recent Christmas Ghost Story, The Dead Room. Still, Thomson should be content that he did it all far, far better...and got Valentine Dyall involved in a most gloriously meta manner into the bargain too; Radio's The Man In Black narrating the story of a fictional kind of Man in Black, 'the disturbing gentleman of the wires' Ainsley Rupert Macreadie, played by T.P. McKenna.

Macreadie is a rather vain and cultivated old thesp who delights his audiences with his own tales of macabre horror in the nighttime slot. In private he's a loner, which makes the reaction to his latest tale - concerning the tragedy of a magician's child apprentice - all the more alarming. He receives a telephone call at home late one night from a child who claims his story has troubled him greatly. The origins of this disturbing call is left up to us, the audience - is it really a frightened child or is it merely a prank? More alarming, could it be some kind of manifestation of the child in Macreadie's own tale as arguably the child on the telephone's concerns mirrors those of the child in the fiction. Whatever it is, it gets under the usually urbane announcer's skin and, at the next broadcast, he finds he cannot perform. And yet his colleagues in the studio claim he delivered a perfect recital....

As Macreadie's downfall arises from both the phone and his professional medium of the radio, this is an interesting subtextual study in communication phobia and the notion of an isolated man who has spent too long inside his own head and delighting in the sound of his own voice. Often erroneously linked in with Lawrence Gordon Clark's 1970s Ghost Stories, this was actually an Irish production that received a broadcast on the BBC and was entered into both the London and Chicago Film Festivals, bagging a prize in the latter. It's not only far better than The Dead Room, it also has more of a claim for taking its place alongside the original Ghost Stories than that recent pretender has because it's better written, better performed and a damn sight creepier. Watch it on YouTube

Whistle and I'll Come to You

A Cock and Bull Story