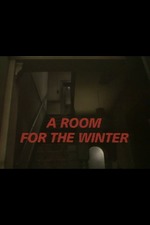 The plot synopsis as outlined here suggests a kind of comedic culture clash, but nothing could be further from the truth in this 1981 Play for Today from acclaimed novelist Rose Tremain.

Granted, the clash of cultures is somewhat there, but this is more to do with exile, and its inherent poignancy. The stasis of such a life is painfully conveyed by Jack Shepherd as South African anti-apartheid activist van Santen. Hopelessly adrift in the alien land of a wintry England, van Santen's world is one of penury and confinement; trapped in a bedsit, eating from tins of catfood and longing for word from his lover Stephen (Michael Kitchen) back home in South Africa. He distracts himself with an affair with a rather pitiful young man (Paul Copley) who is clearly more enamoured with him than he could ever be, and news of the movement from the similarly exiled Halliday (David Daker). His landlady Katherine is a young and vociferous West Indian woman portrayed by Pamela Obermeyer. Their relationship is the bones of the culture clash aspect as, despite van Santen's desire to see a colour blind society, the role reversal of a White man answering to a Black woman is unmistakable. For her part, Katherine gives scant regard to the freedom fighting activities van Santen performed in South Africa, and openly discusses her dislike of White people whom, away from her personal fiefdom that is the house, she must serve in her role as a supermarket checkout girl. Obermeyer had previously played one of the Transylvanians in The Rocky Horror Picture Show and her acting is clearly more of a theatrical tradition, one which is given little forgiveness in the confines of a TV studio. That said, it perhaps doesn't help that her role often requires her to do little other than loudly bemoan and criticise her tenant. Of course it doesn't help either that her scenes are all played alongside Shepherd, whose ability to evoke the necessary emotion, his stillness of character, the experience he possesses, are all effortlessly in tune with the medium of TV.

Like the central character played by John Kani in the 1978 PfT Victims of Apartheid, of which this is something of a companion piece, van Santen is traumatised by his experiences in South Africa. He is regularly plagued by dreams of a homeless Black woman and, by the play's denouement, when he realises that the world has moved on without him, the realisation for the regularity of this vision becomes tragically clear.