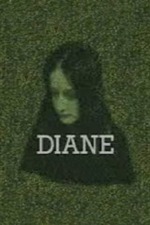 The Play's The Thing Project

Alan Clarke's 1975 Playhouse drama Diane is a deeply bleak and unsettling account of incest between a father (Frank Mills) and his daughter, the titular character played by that great character actress Janine Duvitski in her TV debut.

Written by David Agnew (which I believe is an in-house nom de plume the BBC give when a writer refuses or can no longer take credit for his/her work - so God knows who really wrote it!) Diane is really a film of two halves. The first concerns the incest she is subjected to whilst the second his its aftermath and shows Diane trying to rebuild her life in a new part of town. It's the first half which is naturally the most grimmest, with Diane presented as a deeply introverted young girl with possible learning difficulties routinely ground down by the cocky lads on the estate and the unnatural relationship she has with her father. Agnew's script and Clarke's direction is very much of the 'show don't tell' school and we never actually witness any acts of incest or indeed receive any real hints towards it - we just see a dour and difficult father/daughter relationship in which neither seems capable of expressing themselves. This inability to hold a meaningful conversation is further played out in Diane's interactions with a potential suitor, Jimmy (Paul Copley) he is besotted with Diane but she resolutely keeps him at arm's length for reasons the character nor the audience can quite put their finger on. When Jimmy talks of detritus breaking through the grass he plays football on "damp forces it up. Something to do with the pressure" we instinctively know that this is a metaphor for the dark secret that casts its shadow across the film and Diane's life. It's only when we see Diane place a baby-shaped parcel in the rubbish bins on her estate that we realise the full extent of her strange relationship with her father.

The second half of the film is set some three years on from the fallout of Diane's miscarriage and her father's imprisonment for incest. During this time, she has been living in a hostel and is now ready to face the big wide world once more. It's a very different Diane we see now; she's maturing and seems more confident, with the ability to express herself more. In short, she's like an ordinary young woman. She begins to work as a cashier at petrol station where she catches the eye of cheery young driver Harry (Charles Bolton) and lives in a flat with a young mother called Carol (Dee Anderson) Kevin (Colin Higgins) and a not very nice drunk Rooney (Oliver Maguire) It's a somewhat strange, occasionally antagonistic set up, with Kevin believing Carol's son is his, but Diane rises above it and seems happy enough. Only when her father returns on the scene, clearly ill, does she start to realise she has some way to go yet before forming a real life for herself. As the film concludes, we know that she is well on the way to doing so and its nice to see such a serious issue heavy film end so optimistically.

This single drama remains unavailable on DVD and can only be watched on YouTube. It's rather ridiculous that one of the UK's finest directors has so much of his work under appreciated/little screened.