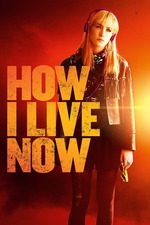 How I Live Now

I imagine if Super November had a budget to play with over its shoestring £4,000, then it would at times look a little like this post-apocalyptic drama from Kevin Macdonald.

Adapted from a YA novel by Meg Rosoff, How I Live Now is a piece of speculative fiction set in an England besieged by nuclear war, terrorism and martial law. This dystopia is seen through the eyes of four young protagonists, headed up by Saoirse Ronan's neurotic and (initially) bratty American teenager Daisy, visiting her British cousins who form the remainder of the group; George McKay's sensitive country boy Edmond, Tom Holland's Isaac and Harley Bird's Piper.

Perhaps spurred on by the adaptation of The Hunger Games, How I Live Now goes to some surprisingly dark places for something that is ostensibly aimed at teenagers, and - unlike The Hunger Games - it does so in a very real, present day setting. In many respects the way that it approaches its themes (the serious and disturbing issue of war*, the standard tropes of the adventure genre and the coming-of-age, romantic element) and the way it dispenses with the thorny issue of adults, put me in mind of the kind of TV dramas that used to be made in the '70s, '80s and '90s for the same age group. Whilst it's true that not all its threads are suitably pulled together (a quick glance through the plot of the novel shows that a lot of subplots were overlooked or simply edited out), there's a lack of logic, and the narrative and its sense of threat may not always be clearly defined, Macdonald's film actually scores higher than something like the similarly-themed Red Dawn because it resolutely refuses to politicise the situation, thereby neatly averting any leanings towards ugly flag-waving propaganda to focus instead on conveying universally humane experiences. As I say, this has more of a kinship towards British childrens dramas of a bygone age, such as the increasingly, disturbingly relevant Noah's Castle, than any jingoistic Hollywood tentpole movie - perhaps that's why the film wasn't such a surefire hit? That said, it's a relatively small market to aim this at (it's rated 15), and it has to click immediately I guess.

*I actually want to say something about how this film approaches the subject of war but I'm not sure how eloquently I can make my point. Basically no matter how empathetic and sensitive a teenager you were or indeed are, when studying WWII and the like at school, there will always be a disconnect simply because it's impossible for kids to understand or for even the most gifted of teachers to convey the conflict on a simple emotional, human level. Yes, we can all read the numbers of fatalities or we can read about the horrors of the holocaust, but they're just statistics really. How I Live Now manages to get its audience to appreciate the sense of constant danger and the sheer unknown of war. People living in occupied countries didn't have the security of knowing as we do that the war lasted six years and that the allies won. For them, this was their life, it was 'how I live now', and a world away from their lives in peacetime. This film brings that sense home, whilst the sequences where Ronan's character comes across the bodies piled up at the base is admittedly a chilling, unsettling and traumatic one for a young audience, but it is one which allows them to correlate what they're seeing on screen with what they have learnt about the holocaust in school, thereby resonating on a deeper, more instinctive and emotional level. If this films helps to build a greater understanding of the horrors of war amongst the young then I am all for it.