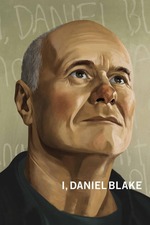 Just some of the places I've worked at that involve helping people into work, getting people 'job ready' or dealing with people's benefit claims.

Just some of the benefits I've claimed since (and between) those jobs.

I left Jobcentreplus twelve years ago now, after six years of service across three different offices, but the office and personnel I see in I, Daniel Blake are all too familiar to me. The rot was already setting in when I was there; I've seen the birth of the 'digital by default' age in the public sector that has alienated those in society who need help and attention the most, and how we had to refer the claimants who came in off the street to the phones across the way from us in the office to call a contact centre miles away, rather than fill a claim form in with them ourselves face to face. I'd been told by management that I was 'too friendly' with claimants, that 'mate' was an unacceptable term to use to a big hairy arsed former docker, that I should be calling him 'sir'. I'd been told I was spending too much time and effort with claimants, that we simply didn't have the time. Equally I was told I wasn't spending enough time with claimants - people approaching pension age, signing 'just for the stamp' or people with disabilities who were clearly claiming the wrong benefit, but the only benefit available to them - and ordered to perform 'full jobsearch reviews' with these people instead. I was told that if a claimant was frustrated by the system I should not try and resolve the situation myself, but call for assistance from a security guard who would remove them from the premises rather than solve their problem. I was told that there was no leeway to be had, and that claimants coming in late to sign - even by mere minutes - should be treated with suspicion and considered for sanction. I left the DWP because the help I wanted to give wasn't possible, and now I see that the new aim is not to help anyway, but to make people's lives worse instead.

In my time I was told that I was longer entitled to Employment support allowance. I appealed. I was told I was not eligible for Jobseekers allowance because of my health. I attended a tribunal. I lost my appeal. I reclaimed and re-appealed a further entitlement decision. I was asked to attend a tribunal. I refused. I was awarded my entitlement in full. Now, on top of my own health issues, I care for my father. We've done Disability Living Allowance claims, assessments, Personal Independence Payment claim forms, and more assessments. I've been stuck on hold listening to that 'shite music' over and over again for more times than I care to recall.

I'm not saying all this in a 'poor me' kind of way, because I know that I'm nothing special. I know a vast majority of people have stories exactly like this to tell. Worse in fact. I am under no allusion, I know that I am actually very, very lucky compared to so many people in similar situations. The point I'm trying to make, the point I think Ken Loach's film is trying to make, is that We Are All Daniel Blake. We are all just a wage packet, a bout of ill health or a stroke of misfortune away from what Dave Johns' everyman finds himself struggling with here - the Kafkaesque 'monumental farce' and institutionalised cruelty inflicted upon him by this uncaring government. All I know is that the system was bad enough when I was a cog within it, but now it's even worse and will remain so for as long as the Tories are in power, because these are people who cannot appreciate that we are all Daniel Blake, as they have never been a step away from poverty. People like George Freeman who believes that disability benefits should go to ''the really disabled'' as opposed to those ''taking pills at home, who suffer from anxiety''. People who genuinely believe there is such a crude distinction to make because they are blithely unaware of life beyond their ivory towers. People with blood on their hands because of the callous, unfeeling decisions they make to improve their little graphs and balance sheets.

In the very best traditions of a good Play For Today, Alan Bleasdale's Boys From The Blackstuff, and any of Loach's previous films about austerity and the working man, I, Daniel Blake is an impressive return to form for a passionate filmmaker who still dares to point an accusing finger at our society and dares to hope that his work will, in some small way, help achieve a real change some day.